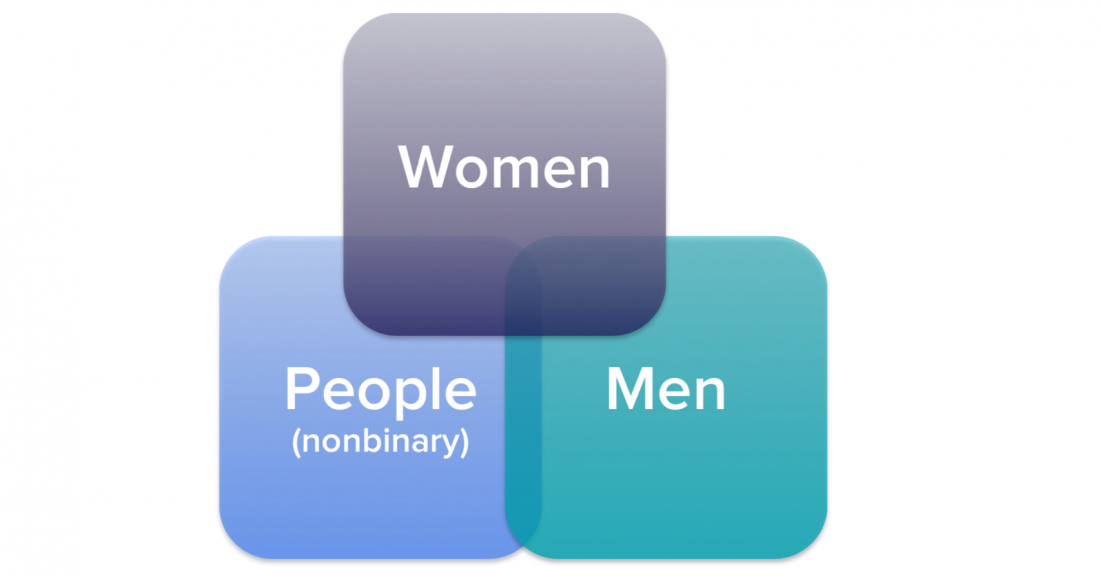 Below you’ll find a PDF of the presentation “Gender in 50 Min or Less” that I delivered at the Golden Crown Literary Society annual convention in early July. I’ve also tried to list most of the papers, articles and books that I read while thinking about my gender presentation.

I probably forgot some resources, so this list might expand later. At some point I hope to add my notes or a link to the video if it’s public (apologies to people who weren’t at the conference if the PDF doesn’t entirely make sense without the notes).

Thanks to the Golden Crown board for inviting me to speak, and to my audience for laughing at all my jokes!

Many papers by Dr. Charlotte Tate! She has many of her papers posted on the San Francisco State University site.

Scientific American: The New Science of Sex and Gender (This is many SciAm articles combined into a book.)

Sex Itself: The Search for Male and Female in the Human Genome by Sarah S. Richardson

The Invention of Woman: Making an African Sense of Western Gender Discourses by Oyeronke Oyewumi

Inferior: How Science Got Women Wrong-and the New Research That’s Rewriting the Story by Angela Saini

Beyond the Binary: Thinking about Sex and Gender by Shannon Dea

Sex/Gender: Biology in a Social World (The Routledge Series Integrating Science and Culture) by Anne Fausto-Sterling

Beyond Trans: Does Gender Matter? by Heath Fogg Davis

“You’re in the Wrong Bathroom!” And 20 Other Myths and Misconceptions About Transgender and Gender Nonconforming People by Laura Erickson-Schroth and Laura A. Jacobs

Testosterone Rex: Myths of Sex, Science, and Society by Cordelia Fine (also check out her book Delusions of Gender: How Our Minds, Society, and Neurosexism Create Difference)

I do not own the copyright to any of the images in the presentation except the photos of me! I hope to add a list of photo credits at some point soon. Hopefully many are recognizable and within fair use because this is an educational presentation.