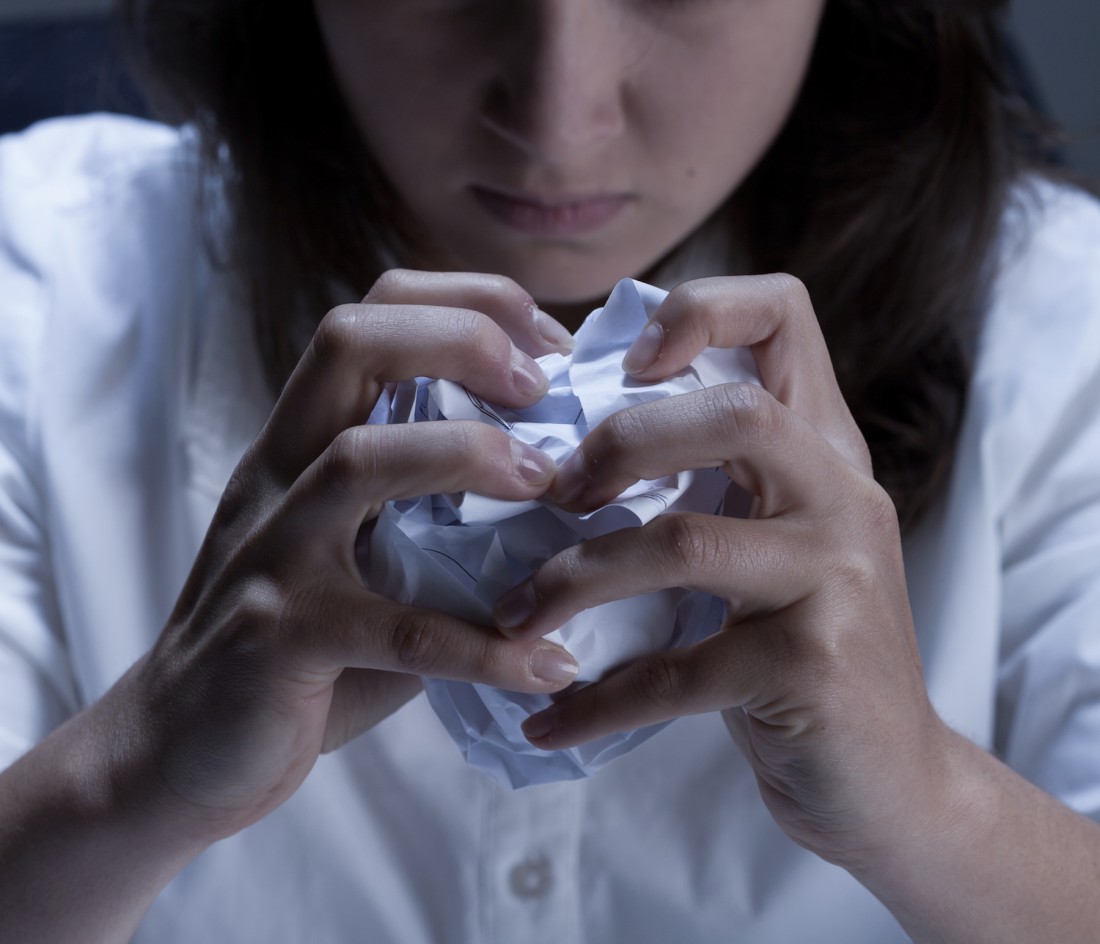 January 21, 2016 In Mental Health, My Year Zero, Writing with ADHD By Rachel Gold

Why is this novel about mental health?

If you read the interview over at GayYA, you’ll know I wrote My Year Zero in honor of my first girlfriend. (If you haven’t read the interview, feel free, I’ll wait.) When I met her we were both 16, both Scorpios (born nine days apart), both dark-haired and bright-eyed. And both struggling with our mental health.

She was the first person I’d met who was forthright about having a diagnosis. From my perspective, she was totally cool about it. (From her perspective, I’m sure it felt a lot less cool.) She had bipolar disorder and was on meds for it and would talk about it openly. She was also great at listening to me without judgment and without a lot of advice.

To understand how important this was to me, let me tell you a bit of my story. Bipolar’s not my disorder — ADHD is (attention deficit hyperactivity disorder). Despite the name, ADHD isn’t just about paying attention. It’s a change in how the brain’s executive functions work that pervades areas of focus, engagement, social cues, emotional regulation, impulsivity and hyperactivity.

Lately there have been more books and articles about ADHD in women and girls, and these reflect my experience very accurately. But in my teen years, I had no context or words for what was going on in my brain and in the world around me. While my ADHD brain makes me wildly creative and conveys other gifts, it also made my life from age 8 to my early 20s pretty awful. Here’s why:

I started being bullied in school in 3rd grade and this persisted through 8th grade. Now studies are showing that kids with ADHD are frequently the targets of bullying and that this creates a vicious cycle that makes it even harder to focus in the classroom.

Girls with ADHD are particularly hard hit because we lag in our ability to recognize social skills and if we have impulsivity/hyperactivity, we’ll interrupt, talk over people and dominate conversations — with no realization that we’re doing this and that it’s creating a backlash. As Dr. Ellen Littman writes, “… charismatic, hyper-talkative … intense and emotionally volatile … their rebellious stance and relational aggression can provoke peer aggression.” (From “The Secret Lives of Girls with ADHD.“)

And from the book FAST MINDS: “In playgrounds and cafeterias, it almost seems as if other kids can recognize children with [ADHD], even without a diagnostic label. They often target these differences, particularly when a child is quick to get emotional. The non-ADHD children push the hot buttons, bullying the [ADHD] kid. Being socially stigmatized in this way tears at the child’s self-esteem ”

That’s absolutely my experience. I had no idea why my social group turned against me.  School became torturous as I was expected to sit still and pay attention (already hard to do) in a context where my former friends and other kids were bullying me. It helps to understand the cause, to know that it wasn’t a fault in me as a person, just that my brain wasn’t tracking the same information as the brains around me.

People who’ve met me now are probably surprised to hear this, but I learned my social skills in my 20s and 30s very deliberately. The first time you meet me, it’s likely that I’m counting seconds in my mind so I do the right amount of eye contact. I still have times with people I dearly love where I’m having trouble listening to what they’re saying, remembering what’s important to them, not interrupting and talking over them, and not walking out of the room while they’re talking because I just had this thought. But now I have great communication skills and can navigate these situations with grace and humor. Plus I have wonderful friends who know what to expect and what not to expect from me.

The study’s author said: “No boys follow-up has ever found anything like this. Boys with ADHD are more aggressive; later there are job problems. With girls, a startlingly high risk exists for directing negativity inward, transforming into very self-destructive behavior.” (If you want to read an article on the study, here’s a good one.)

I don’t remember when I started using self-harm to try to survive in a world that wanted me to be so different from the way I was. In elementary school I started tearing at the skin around my fingernails to help myself sit still, but that can be categorized as a bad habit. When puberty hit and my emotions were strongly dysregulated, I began cutting. It was a strangely effective way to focus myself and quell the emotion flooding my brain, but I knew it wasn’t a healthy thing to do and it came with a weight of shame and feeling even more cut off from my peers. My parents did what they could and took me to a therapist, but unfortunately he didn’t have a clue how to treat me. Luckily, at 15 I got a better therapist and started learning helpful skills, though that didn’t stop the self-harming.

If you’ve met me, you may have seen the translations of these behaviors I made in my later life. I wear rings and bracelets that I can play with to keep my fingers busy when I want to sit still. If it’s a long meeting, I’m also wiggling my toes inside my shoes and furiously taking notes. I have mostly translated self-harm into strenuous physical activity and breathing exercises, but sometimes I still lose it (see below). I am very proud of the fact that as an adult, I did finally stop cutting.

While puberty can have a settling effect on boys with ADHD, it often makes life a lot harder for girls. Estrogen has a negative impact on concentration and PMS is hell on self-regulation.

ADHD brains can become more easily emotionally flooded than neurotypical brains. That means that sometimes a single emotion takes over my brain out of proportion with my surroundings.

In my teens this was most visible with anger (though I dysregulate excitement more often). As a teen, I punched and kicked walls, hard enough to do significant damage to my fist or the wall.  Not only did I feel awful afterward about hurting myself or the house, but I had all the cultural weight of feeling that girls aren’t supposed to be violent and out of control. I felt like I was screwing up on so many levels.

After years of yoga and meditation practice, I can usually handle dysregulation through breathing and talking to myself … usually. It’s hard to admit, but I’m an accomplished middle-aged woman who infrequently gets flooded with anger and beats my first against an immovable object like a kid having a fit. I’ve learned to stop mentally beating myself up about this and to keep making small changes so that year after year I’m less likely to hurt myself.

Starting in my pre-teen years, I figured I had to hide what it’s like to be me. (In fact, this post has taken me months to write as I keep thinking, “Can I really say that in public? People will think I’m crazy. Oh, right … that’s what I’m trying to make a point about.”)

I’m smart enough that I can usually fake that I was paying attention to something and keep tracking with the neurotypical brains around well enough to seem “normal.” I found two quotes in an article about high IQ girls with ADHD that perfectly address my situation (also from the “Secret Lives” article):

“These girls have the capabilities to compensate for their cognitive challenges, but they come at a high emotional cost. … Regardless of how successfully they compensate, they still feel burdened and exhausted.”

“For these girls, a high IQ is a mixed blessing: ‘twice-exceptional’ girls perform well in school, which boosts their self-esteem. However, believing that intellect carries an inherent expectation of success, they are even more confused and ashamed of their difficulties, and even more driven to hide their struggles.”

When I was 16, my first girlfriend was one of very few people I trusted with the unfiltered truth. Because she was open about her disorder, I could talk to her about my struggles without feeling judged and ashamed. This was also because she was a remarkably loving person. Talking to her and loving her made me more loving toward myself.

It is vitally important to see people with mental health challenges being people. Not the big dramatic stuff on TV or movies that conveys this idea that there’s only crazy and sane — that these are static states and you can only be one or the other.

That’s not how it works. I tried to show this with Blake’s character in My Year Zero. There are times when she’s depressed or hypomanic and she’s still tracking what’s going on around her and responding with care and interest as best she can (which is a damn sight better than some of the “sane” characters). You don’t have to stop having a disorder or having experiences that feel crazy to be engaged in life.

I’m indescribably grateful to the girl who showed me at 16 that I could have a disorder and have a great life. I hope I’ve done my work well and her inspiration comes through in the pages of the novel to reach many more people like us.