Media stars and public figures coming out can be great for trans visibility, and I suspect it takes boatloads of courage to come out in a hugely public way no matter who you are. But I’m getting tired of seeing a news feed that’s all pics of Caitlyn Jenner, so here are some alternatives: 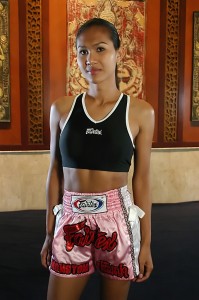 Parinya Charoenpho on whose life the film “Beautiful Boxer” is based — go watch the film!

This wonderful list of 10 trans icons from around the world, including Parinya Charoenphol (and if you have not seen the film about her life, “Beautiful Boxer,” run to Netflix and watch it): http://www.towleroad.com/2015/06/10-trans-icons.html

Deva Ozenen who is running for a parliament seat in Turkey: http://www.naijapromo.net/2015/06/meet-transgender-woman-who-wants-to.html

These 8 trans women of color who are amazing!

Leelah Alcorn and the many trans youth like her who feel that suicide is their best or only option: http://www.advocate.com/politics/transgender/2015/05/01/new-details-emerge-officials-rule-leelah-alcorns-death-suicide

The Trans 100: http://thetrans100.com/ a list that celebrates excellent in the trans community.

I know I’ve missed many important and interesting people who are making change in the world. Please feel free to add links in the comments below.