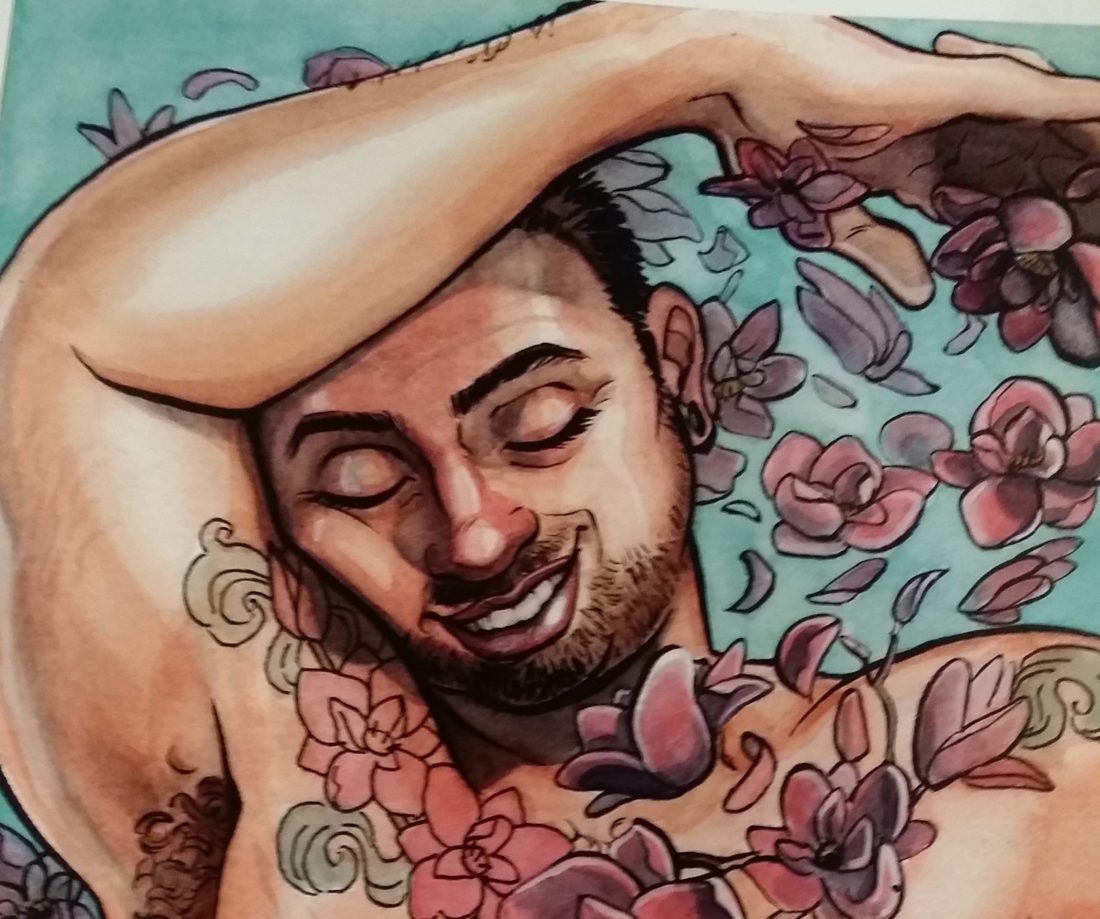 Last weekend I stopped by the MSP Comic Con. It was fun! But wow, the boobs and the chests. So much of the commercial comic art is about hyper-unrealistic body types. I know, this has been the case for ages. And this is not a blog post about the evils of comic art. I love comic art and comics.

But most of us are much better at realizing that superpowers are rarely literally real than we are at realizing superboobs are also rarely real. Also they’re not actually how I prefer my people to look. Not even my superheroes. I think that’s true for a lot of us.

Gender is a way we categorize bodies. Parts of gender may arise from physicality, but it’s not located there. We get to do gender the way we want and shape our bodies (or not) as we choose to evoke different perceptions of gender. Your body is yours, you get so say what it means, what its parts are called and how you’re going to live in the world. But sometimes it can be VERY hard to remember this when we’re in places that have two gender templates and most of the representation is being stamped out by only those two.

I know that I’ve needed to see gender done in a lot of different ways so that I can find the ones that resonate with me. One of the wonderful aspects of MSP Comic Con is the opportunity to meet amazing local artists. I walked by Theo Nicole Lorenz’s booth and bought a cool coloring book from them early in the Comic Con shopping.

Then I went around the rest of the space and it was all boobs and chests. Like this: 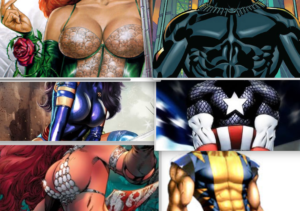 Some boobs and chests, sure. But there was an oppressively overwhelming number of them. I hurried back to Theo’s booth and bought this fabulous piece of art that: 1) looks like people I know; 2) looks like someone I’d want to hang out with; 3) reminds me to chill because the binary is not a real thing.

Plus it was the last of that print so apparently this image was very popular at Comic Con. Here’s Theo with their sanity-saving (and probably life-saving) art: 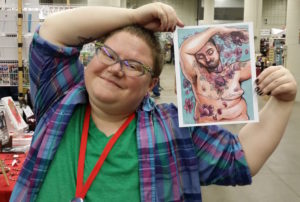 You can discover more cool art from Theo on their website!