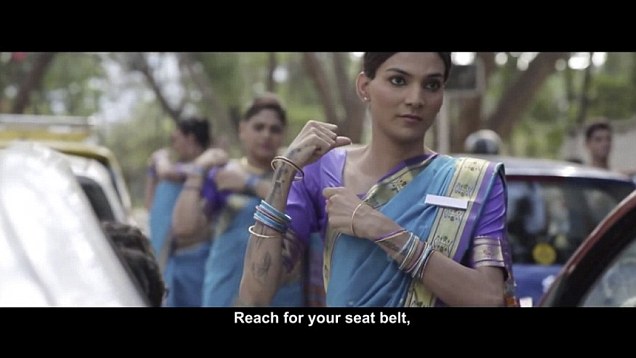 Antidotes to the “Nashville Statement”

If you missed it in the midst of the hurricanes, a bunch of fundamentalist Christians put out the “Nashville Statement” at the end of August, attacking LGBTQ people. This is nothing new, but it comes at a time when other attacks have been leveled against the LGBTQ community—and this can make it particularly scary and damaging.

(If you’re not a reader of long blog posts, please scroll to the video below in the seat belt section and watch that. It will make you smile and feel wonder, joy, blessing or all three.)

I was a young reporter for an LGBTQ paper in the 1990s when the ex-gay movement was strong and vocal. It frightened and confused me to see these people so adamant not only that their religion prohibited homosexuality but that they could “cure” it. This wasn’t at all my experience of religion or the Sacred. You have to go through a lot of contortions to get from a loving God who teaches compassion to the ex-gay movement.

And now we’re there again, so I’m adding my voice to the loud chorus of religious and spiritual people pointing out that the “Nashville Statement” is not about religion nor is it good or sacred practice. (To see over 1000 Christian leaders denounce the statement, visit HRC’s site.)

If you’ve read my novel Being Emily, you’ll know there’s a lot about Christianity in it. I’m not Christian myself but I have a degree in Religious Studies, a lifelong passion about religion and a vibrant religious/spiritual practice.

I put Christianity in Being Emily for two reasons:

1. I know many wonderful Christians, both in the LGBTQ community and allies, and I wanted to represent them

2. I want to inoculate people against discrimination disguised as religion so that if they come up against it, they recognize it and know what to do

So what do we do:

Understand fundamentalism and how to fight it

Small groups of vocal people who are scared and fighting modernization—that’s fundamentalism. Knowing that, we can have compassion for them while fighting as hard as we can from preventing them from running anything or making decisions for us.

Karen Armstrong in her book The Battle for God details modern fundamentalisms in Christianity, Judaism and Islam. She writes, “… the fundamentalism that we shall be considering is an essentially twentieth-century movement. It is a reaction against the scientific and secular culture that first appeared in the West, but which has since taken root in other parts of the world.”

This is one reason why fighting against fundamentalisms needs to include not only scientific principles, but also religious and spiritual people demonstrating that we can live modern lives with deep meaning.

Armstrong writes, “We shall find that modernization has led to a polarization of society, but sometimes, to prevent an escalation of the conflict, we must try to understand the pain and perceptions of the other side. Those of us—myself included—who relish the freedoms and achievements of modernity find it hard to comprehend the the distress these cause religions fundamentalists. Yet modernization is often experienced not as a liberation but as an aggressive assault.”

Am I saying we have to be nice to the Nashville Statement people? Not exactly. Fight hard against the discrimination it so blatantly details, but let’s also think about the people in those churches who are queer and trans—and terrified they have to choose between being themselves and living a religious life.

We need to keep making it obvious that LGBTQ people live joyful and devout religious lives.

Understand religion and engage in it if you want to

Participation in religious activity is at least 60,000 years old. Awe is built into the human brain. Whether we locate it inside the human mind, in nature or beyond the cosmos, a Sacred World exists and many humans benefit by being engaged with that world.

The times in my life when I’ve moved further away from a religious/spiritual practice have been the times I was less healthy. Religion is part of my well-being. No one in the LGBTQ community who thrives with religion or spirituality should be deprived of it.

Who gets to say who participates? Well, let’s look at a simple timeline:

Evangelical Christians don’t have an exclusive claim on Christianity as a whole, nor religion, and certainly not God.

If you want to go to church, go to church. Find a loving church and go—or a synagogue, a mosque, a temple, and so on. This is absolutely your right.

God is diverse and so is religion

Thousands of years ago in the ancient near east, the goddess Inanna was worshipped with hymns that include the line: “To turn a man into a woman and woman into a man are yours, Inanna.” Scholarship is pointing to ancient Sumer having a third and fourth gender and the ability for people to move among genders or be more than one gender at the same time. Inanna’s temples included priestesses that we would today describe as transgender. 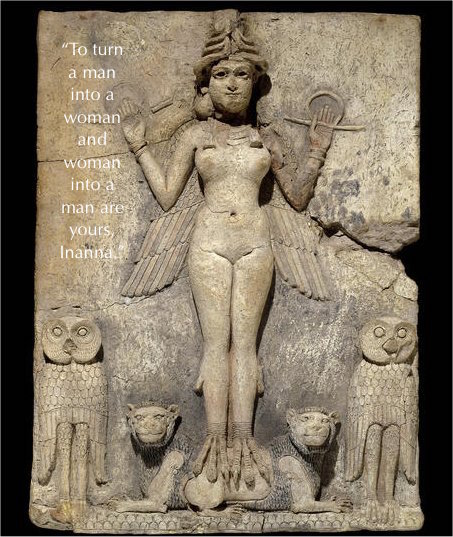 Sumer is not unique. Many cultures across the human span have sacred roles for people we’d now describe as transgender, genderqueer, genderfluid and more.

“In many fish, birds, and lizards, males and females come in two or more kinds that differ in how long they live, whether they defend territories, and whether they show off at the time of mating. … There are two kinds of coho salmon males, the ‘hooknose’ and the ‘jack.’ And in many lizard species there are two or more kinds of females as well. For many species, no single standards describes the male and the female.”

“In addition, the extent to which the male—female binary itself breaks down is underappreciated. About 30 percent of the fish you see when snorkeling on a coral reef are members of a species that feature sex change—that is the same individual goes from making sperm to making eggs or vice versa, or makes both at the same time. Sex changing in animals is not some rare, bizarre thing.  … “

She also points out that “homosexuality occurs often in nature”:

“In animals with backbones, like mammals, birds, reptiles, and fish, more than three hundred species have had homosexuality documented in the gold standard of professional journals in which articles can be published only after approval by a panel of anonymous scientific reviewers. The details differ widely across species. In some the homosexuality occurs only between females, in others only between males, and in some within both sexes. In some species about 10 percent of the matings are same-sex; in others as much as 50 percent or more, as in a ind of chimpanzee called the bonobo that, along with the common chimpanzee, is our closest relative. And the figure of three hundred species is conservative. …”

To wrap up this post, I went looking for the anti-same-sex marriage seatbelt ad that cropped up on the Internet last week. It’s from Australia, you can see it here: http://www.pinknews.co.uk/2017/09/04/homophobic-australian-advert-comparing-gay-people-to-seat-belts-sparks-outrage/

Basically it tries to liken people to car seat belts. But seat belts are made by humans. The amazingly diverse and wonderful play of nature, including humans, was not made by small human brains. However you interact with the Sacred, I think we can agree that human beings are not meant to be as simple as seat belts.

On my way to making that point, however, something more wonderful happened—because of diversity, complexity, emergence and sacredness. I found this video of hijra in India supporting traffic safety. Just watch.

Yeah, I cried too. And every time I buckle my seat belt now I’m going to feel blessed by India’s hijra community and God.

Remember the ex-gay movement I mentioned at the start? It supported the use of conversion therapy that it claimed could make people heterosexual. Extensive lobbying over the last two-plus decades has resulted in some US states banning conversion therapy.  https://www.theatlantic.com/health/archive/2017/07/states-outlawing-conversion-therapy/533121/

Plus we got same-sex marriage. Who expected that in the 90s?

When we fight, we win. And when we worship, pray, practice and meditate—we win.

We have a huge community across the world, across time and culture. Sacred, religious, spiritual LGBTQ+ people have existed in every age and on every continent. And we’re not going away.