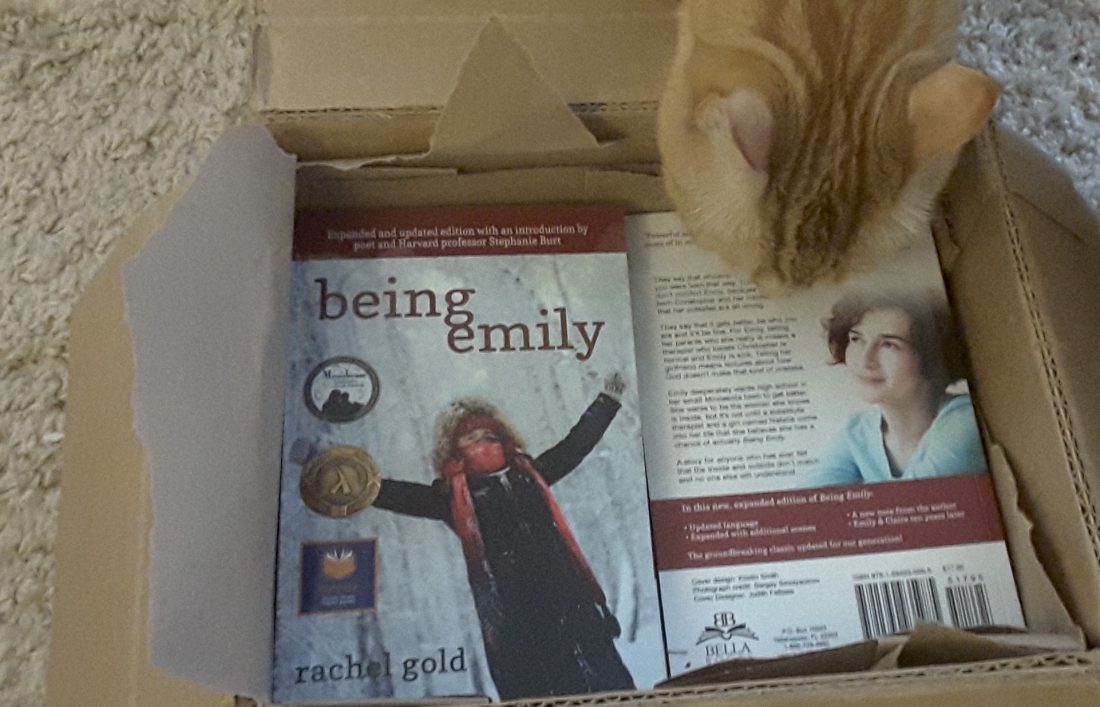 The new, anniversary edition of Being Emily is now available! Later today/this week I will answer some questions (lower in this post) and talk about the process of editing Being Emily.

First here’s some very important ordering info: on Amazon.com you can order the new paperback edition of Being Emily, but the current kindle edition is the old, 2012 version. If you want the new BE as an ebook, please order it from Bella Books. On the Bella site, you can get the new version, which I abbreviate as 2BE, as an epub, mobi or pdf file. It will work on all the major eReaders and tablet apps. The kindle format is .mobi.

Here are the links:

eBook 2BE from Bella

Paperback 2BE from Amazon 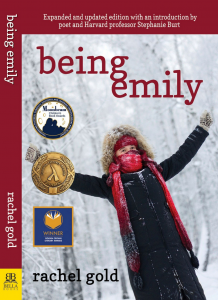 Pro tip: If you see a black spine, it’s the old edition. If it has a red spine in the promotional images (even for an ebook), it’s the new edition.

If you are a reviewer or a professor and you want a copy for reviewing or possibly teaching from, I have some available. Email me at beingemily [at] gmail.com and let me know your preferred format(s) and how to get them to you.

There are new scenes and new language in this edition. What are five things readers might not notice that are new to this Being Emily?