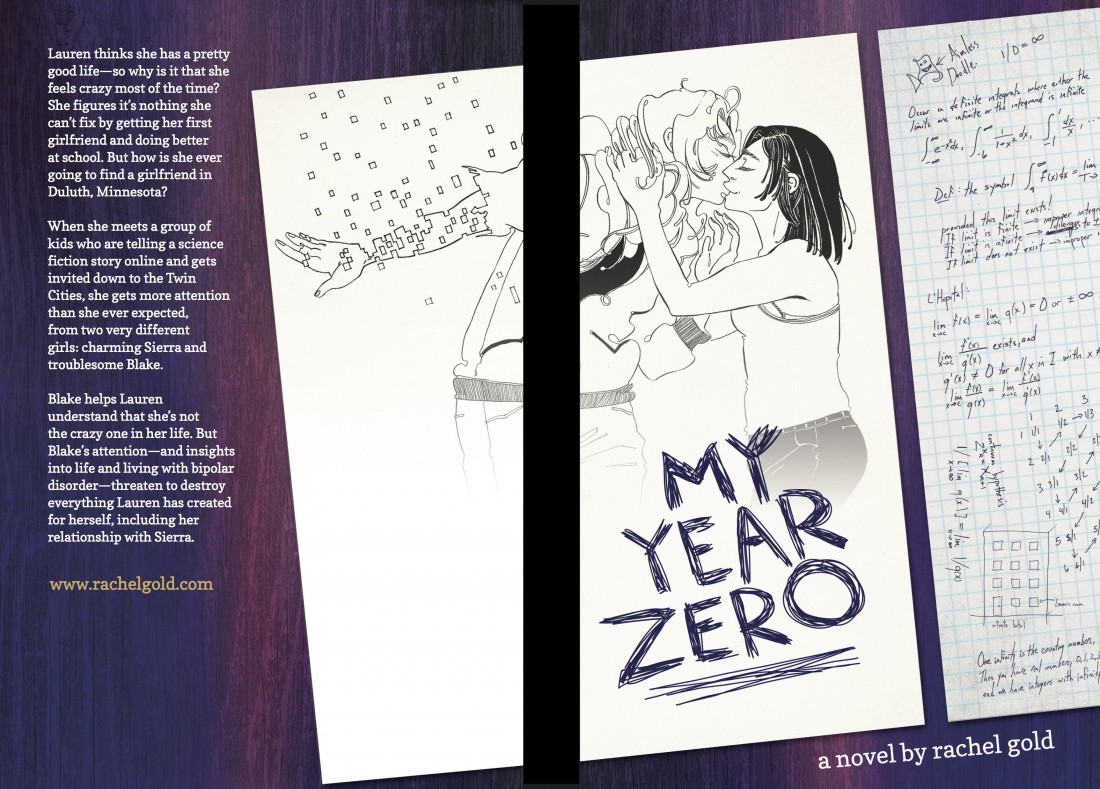 The My Year Zero cover explained

I get more input on my covers than most traditionally published authors. This is because I have a marketing background and access to an amazing graphic designer, and because my publisher is awesome. So I can actually tell you some of what went into that cover. I worked with Kristin Smith, who designed the covers for my two previous YA novels, and brought in illustrator Alexis Cooke. Alexis was particularly ideal for this project because her illustrations frequently have mental health themes in them. Go check out more of her art here, I’ll wait.

I wanted to do something different from the Being Emily and Just Girls covers to show that this is a different story. Also the main character is an illustrator, so it seemed natural to have an illustration on the cover. We looked at a lot of popular book covers that utilized illustration — and that’s as far as my thinking went. The layout was all Kristin’s genius.

I asked Kristin how she came up with the idea of two off-center pages:

Since we wanted the cover to showcase the two main characters, and already had the page with Lauren’s drawing, we decided to add a second sheet of paper for Blake. Arranging them at an angle is an easy way to add energy and interest to a design, and in this case, also a sense of realism. Since the rectangular shape of the book cover acts as a sort of viewfinder, you can make it seem as if you’re looking in on a story already in progress by ‘hiding a bit’ and ‘showing a bit.’ Much more enticing than simply having two pieces of paper side by side.

What about the title of the book itself?

Although the style of the drawing is clean-looking, the title needed to reflect an angry scrawl (because Lauren’s angry a lot and for good reason). I did this by hand using a drawing tablet. Fonts can sometimes feel too pixel-perfect and constructed, so the best way to get an organic look for agitated handwriting is to literally write it that way!

We met with Alexis and talked through a number of ideas for Lauren’s illustration on the cover. There still isn’t a lot of YA with girls kissing on the cover so that seemed like a great direction to go. And then we realized that the illustration could be Lauren’s way of trying to work out her feelings about a rather problematic kiss that happens early in the story.

By this point, in the middle of the coffee shop where we were meeting, I was standing up and posing as we worked through how Lauren’s body should be situated and Alexis sketched. This involved a lot of me standing off-balance without falling over, while Kristin or Alexis said things like, “Wait, turn your hand down, no, up.” Lauren’s arm is dissolving on the back cover because in the novel, her new group of friends is telling a science fiction story together — and in this story Lauren’s character is composed of nanites (microscopic robots) that can take any form.

Alexis also had to deal with the very difficult task of trying to draw something that simultaneously looked like it could be drawn by a talented 16-year-old but also looked good enough to be on a book cover. I asked her to, “Make some mistakes, but not obvious ones.” I’m not sure if she did this or not because the illustration looks fantastic to me.

When I asked Alexis how it was to draw for Lauren, she said:

Drawing the illustration as Lauren’s character was so fun! It was a blast from the past trying to remember was it was like drawing as a high schooler. The back-and-forth with you was really great and made dig deep with this illustration. It was also fun, as a fan of the book, to get some insight into the character of Lauren in the back and forth! Working in collaborative environment with you and Kristin was so rewarding. I can’t wait to work with you two again! 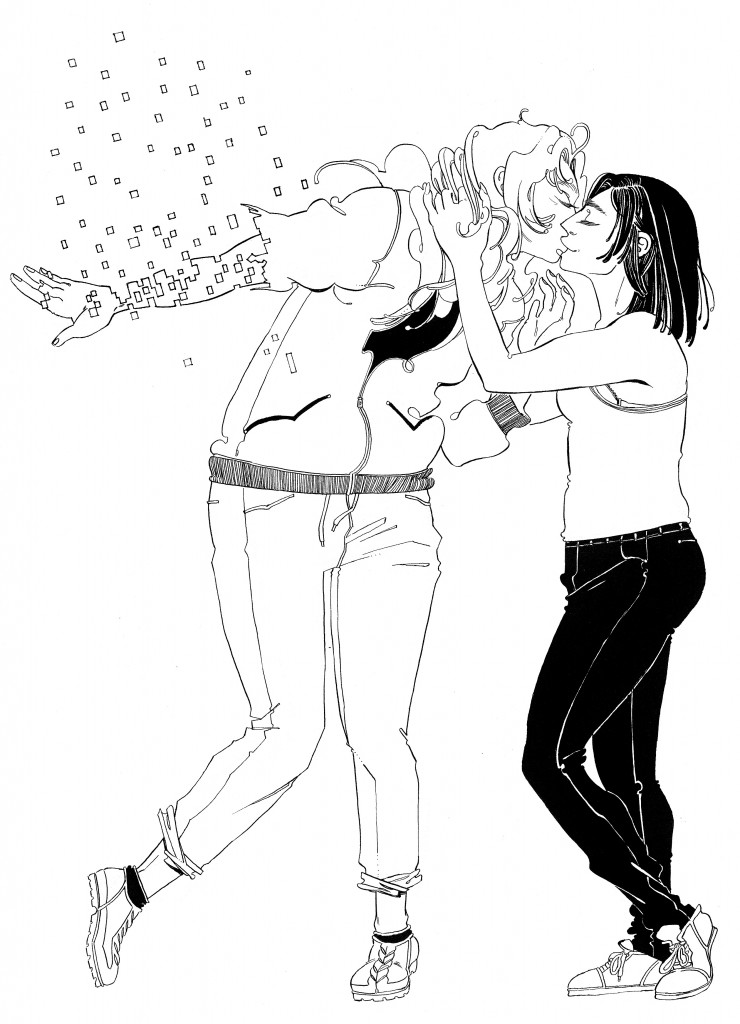 This is the original illustration created by Alexis that Kristin tilted and split for the front and back covers.

Before I started writing the novel, I read all the letters that my first girlfriend sent me when we were sixteen. She’d written part of one from her math analysis class and was explaining infinities to me. The bottom quote of the math page that starts, “One infinity is the counting numbers,” is taken from that letter.

That got me onto the whole infinity/zero theme because I remembered reading The Mystery of the Aleph and that Georg Cantor, the mathematician who did for infinities what Einstein did for relativity, likely had bipolar disorder.

Then I worked with my dad, who is a retired mathematics professor and dean, to come up with more cool-looking math for the cover. He suggested a lot of different stuff and I, knowing much less about math, picked the ones that looked awesome. There are a variety of equations that have to do with infinities in different ways and you can see the Hilbert’s Hotel sketch that Blake does for Lauren in the novel. Much like with the illustration, we needed the math to look like doodles a smart 16-year-old would make. If you look closely, you’ll see a word scratched out and corrected, to add to the sense that these are notes and ideas Blake writes in her notebook.

I copied the handwriting of my girlfriend from her letters and used that for the formulas. The aimless doodle at the top of the page is also adapted from one of her letters to me (complete with the label “aimless doodle,” which she’d added.)

And I snuck in my favorite equation: 1/0 = infinity. (Real math people will tell you this isn’t a real equation, but since I write about passionate teens, I can get away with it.)

I drew these individually and scanned them, then Kristin combined them for maximum coolness. Kristin suggested the graph paper as both a quirky character detail and to counterpoint Lauren’s plain white sketch pad. The result is that Blake’s page is somewhat busy and chaotic, the way her mind can be, but it’s also smart and compelling.

The novel isn’t officially published until March 29, but you can get an early copy from the Bella Books website if you want to order My Year Zero as an eBook or in hard copy.