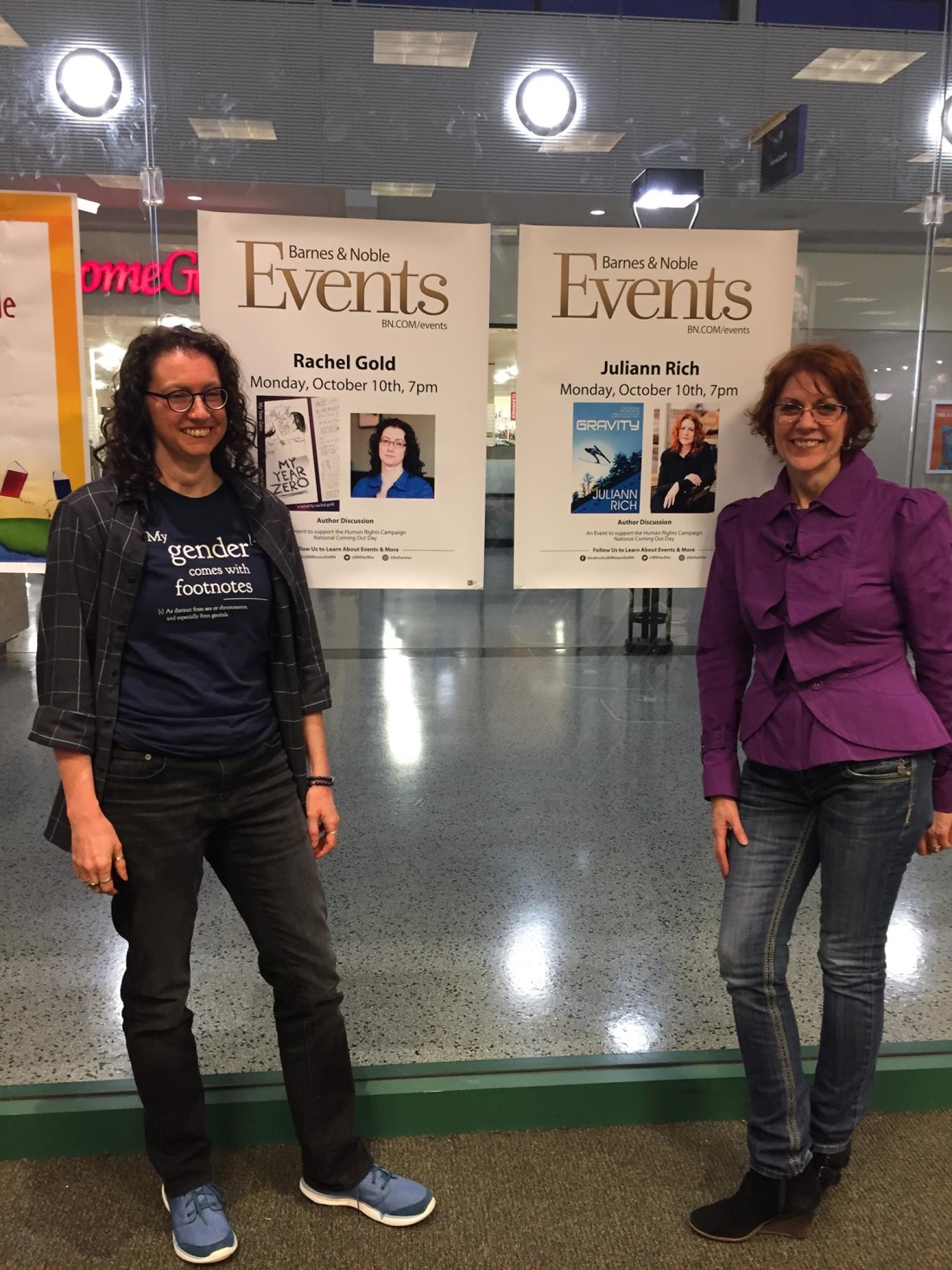 The importance of being out

Last night at the pre-National Coming Out Day event at the Roseville Barnes & Noble, we talked about whether coming out is still important. The consensus: absolutely. We need to see people like us having good lives so we know what’s possible. And since humans have a strong need for belonging, the ability to be around people who share our identities can be profoundly healing and supportive of our growth.

I came out as lesbian when I was 14-16 (it was a process). At the time culturally there was a lot less support than there is today and I spent immense energy fighting for this identity. I was talking to a friend recently about how, if we have multiple identities, one can really come to the front and take all the negativity and all our energy.

That’s been true for me with my lesbian identity. I’m still super out and proud about it, but in honor of the day, here’s what else I’m out about:

My gender is non-binary/gender fluid. Yes, I can be non-binary and lesbian for a variety of reasons including: I often choose to stay in the girl/woman gender space in public to expand the ideas of what’s possible for people assigned girl/woman in our culture. Plus I really like my body (and other estrogeny bodies), I just hate all the cultural crap assigned to me because of how my body looks.

I’m neurodiverse, which means my brain doesn’t work like most of the brains of the people around me. This also means I have diagnosed mental health disorders – but I think culturally the way we approach mental illness is a train wreck, so I’m careful about how often I accept the label of being ill or disordered.

I’m a non-shy introvert. I love having figured this out because it means that I can adore people and still make as much alone space as I need. I no longer listen to the people who say, “But you like people so much you should come to this party/do these events/go to more conventions.”

I’m culturally Jewish and religiously eclectic – strongly pro-mysticism, spirituality and magic. I still fairly often have the experience of people who grew up in Christian culture not realizing it’s only one of many cultures and saying things I don’t understand like I’m supposed to understand them.

I’m a gamer! Okay yeah anyone who knows me for sixty seconds knows this, but I think it’s important to say especially to keep creating safe spaces for girl/woman-identified gamers.

And I’m an strong ally for people who are bi, pan, ace, trans, intersex, Muslim, African American/black, Asian, Latinx, and mixed race. I’m sure I’ve left people off that list, but the bottom line is that if I’m not hanging out in my introvert space and you want an ally:

I’ll sit with you.

I’ll go with you.

I’ll shop with you.

I’ll game with you.